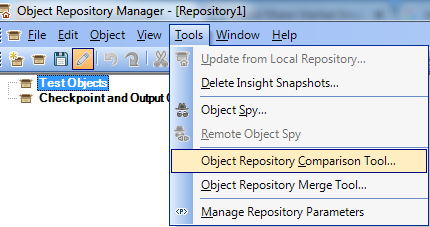 Step 3: The Object Repository comparison Window opens and you have to select the two object repository files that you want to be compared. 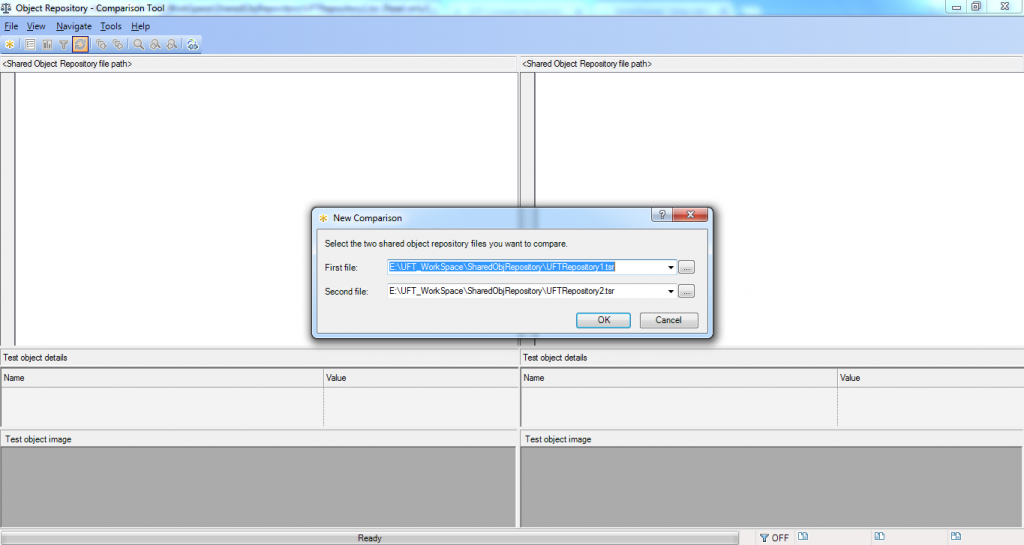 Step 4: The comparison is performed and the result is displayed as shown below. 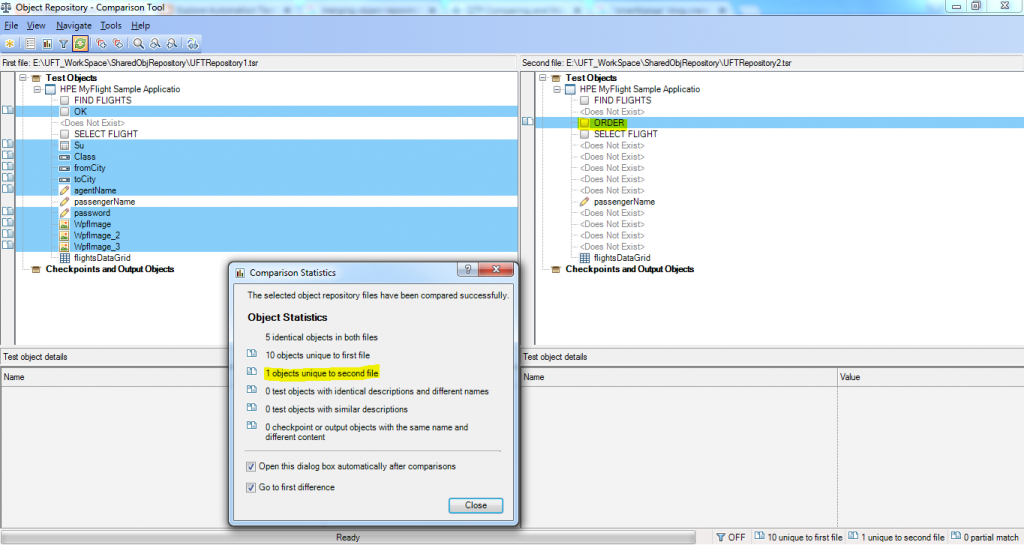 Follow the below steps to merge two object repositories. 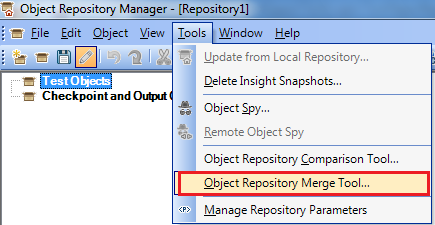 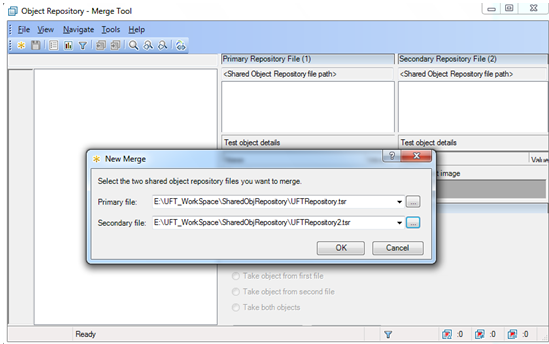 Step 4: After merging, the statistics are shown.If there is no conflict between the objects of the same type having the same properties you will see the following statistic. 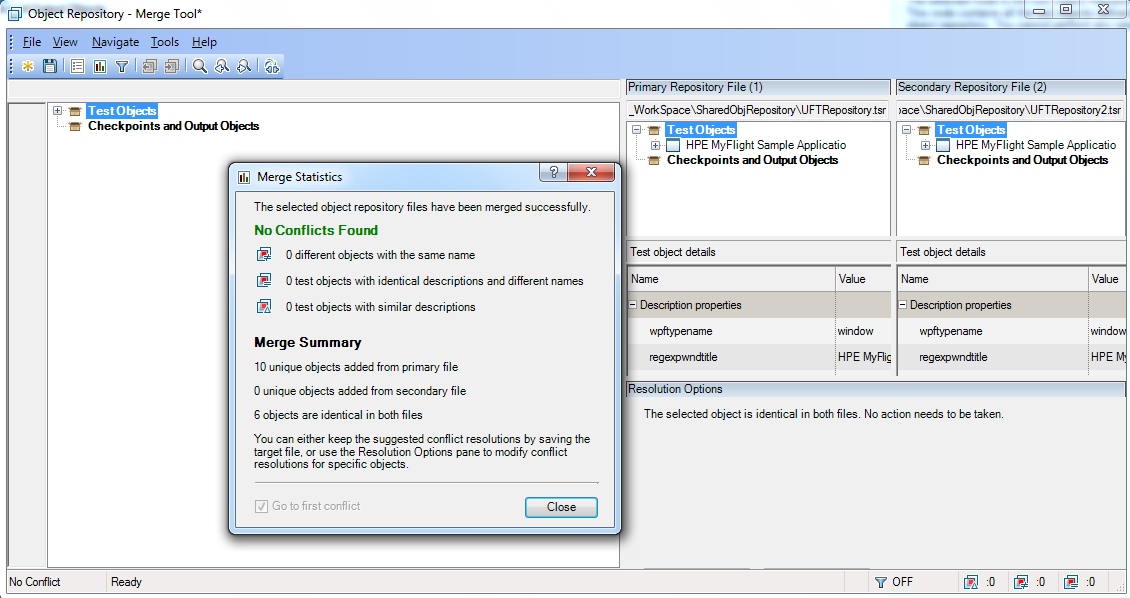 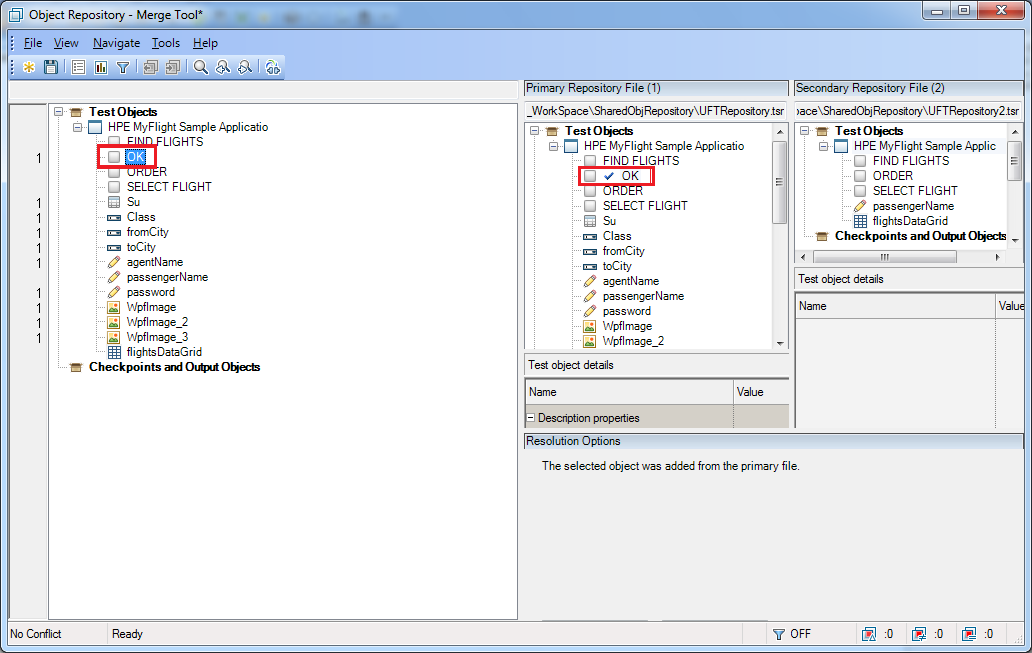 Step 6: You can also click on the funnel/filter icon in the toolbar to show objects based on the following parameters viz – show all objects, show only conflicting objects. 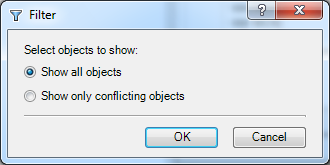 Now we will learn how to resolve a conflict that might happen at the time of merging two repositories.

If there is an object with the same name in the primary as well as the secondary repository but having some differences amongst object properties there would be a conflict and the same will be displayed in the merge statistic. 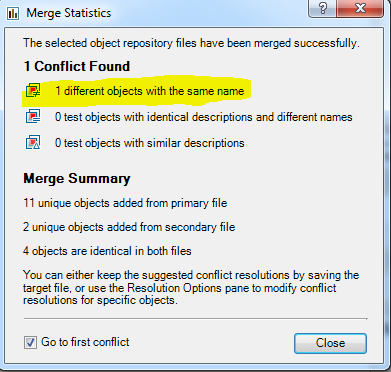 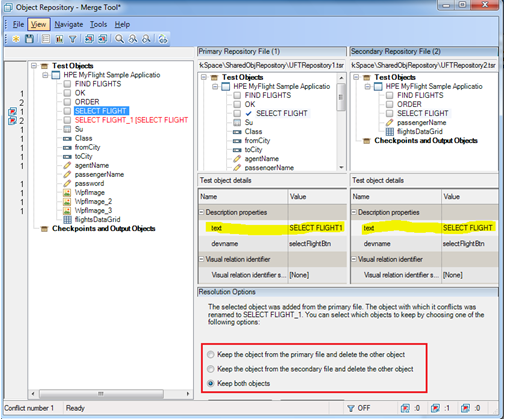 Step 2: Once you have decided which one you want to keep in the newly merged repository. Go to the Resolution Options pane and select the valid option. 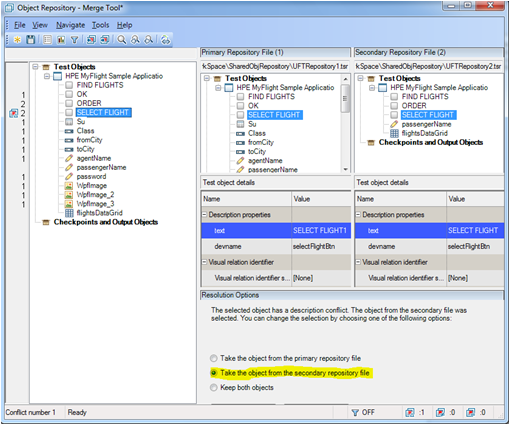