So lets get started! 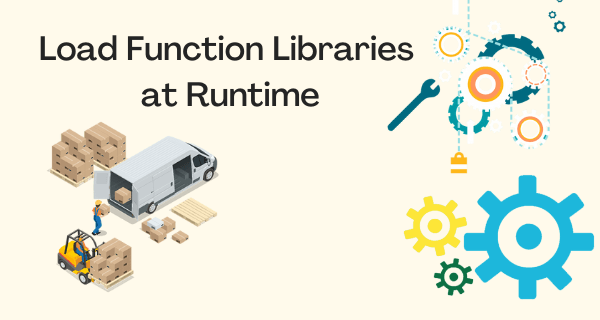 The following are the different methods to load function library at runtime in UFT.

ExecuteFile file statement runs all codes in the specified function library thus making all functions and subroutines in the file available for use.

Make the Scope of Functions Global, Loaded through ExecuteFile

Now we know that using ExecuteFile directly in an Action only makes that particular function library visible within the Action. In order to make the scope of the function library global throughout the tests, load the library through a function in one of the global libraries and it will be available to all the test’s Actions. The defined variables in the library will also become global if the ExecuteFile statement is called in a global library.

In this article we learned how learned two diffrent ways for loading function library at runtime.Hope you have liked this post.Please don’t forget to share it and if you have any questions please do mention that in the comment box.

Descriptive Programming in UFT with Examples

How to Use Test Combinations Generator in UFT

What are new Features in the UFT One Datatable?