In my previous article Actions in UFT with Examples, we have seen how to call a required action in a Test using RunAction method. Having said that, RunAction method has a limitation and it can not be called inside a user-defined function.

LoadAndRunAction method can be used inside a user-defined function as well as inside an action. 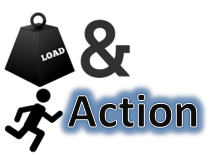 We can use the LoadAndRunAction function when we do not want to call too many actions in the actual test, or when we are not sure which action is going to be called. For example, you may use conditional statements that call external actions, and you do not want to load actions each time you open the test, since these actions may not be necessary during the run session.LoadAndRunAction method is mostly used in the automation framework wherein individual scripts are invoked through the driver script.SyntaxLoadAndRunAction(TestPath, ActionName, [Iteration], [Parameters])

Suppose you have already created a Flight Booking action inside a Test and you want to Load and Run this Action after doing log-in to the application inside another Test. The following is an example of using LoadAndRunAction inside of the actions of a Test.

In this article, we have learned how to use the LoadAndRunAction statement in UFT. This statement can be used inside a Driver script of automation framework to call the required scripts inside a loop to execute the entire regression or smoke test suite.